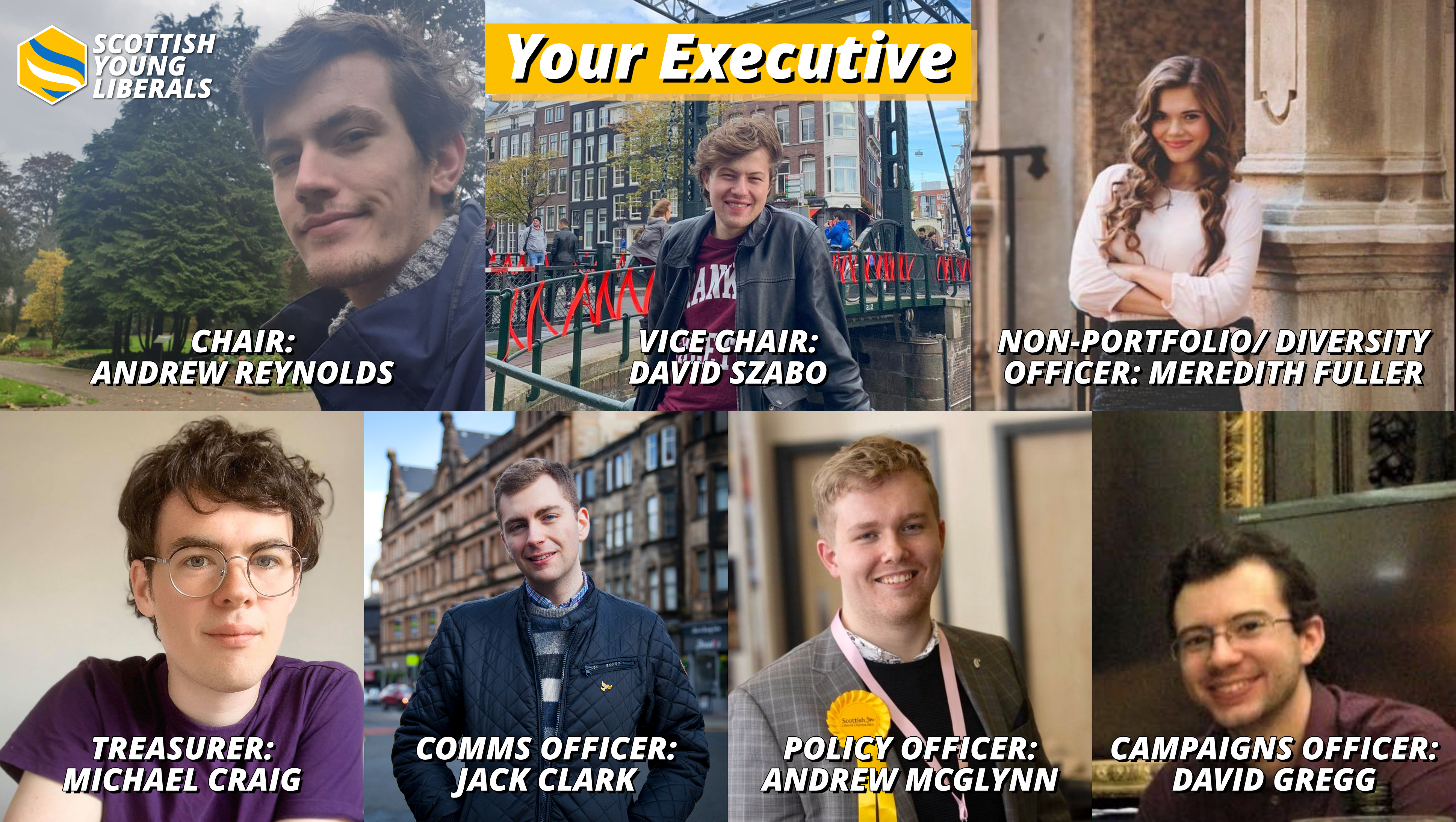 Last week the SYL Exec co-opted 4 new members. Here you can find out about them and why we chose them to serve the remainder of this term. It was a tough choice, as everyone who applied was more than capable of taking on these roles, but we are confident we made the right choices, and we can't wait to get to work.

Andrew served as Co-Chair with Christopher Wilson from last year's SYL Elections. He stood to be co-opted for this term, and his application, which noted his achievements on this executive, and how much he was committed to seeing out this term, meant that he was the clear choice for Chair. In his application, Andrew said
"my key goals if co-opted [are] for more regular meetings (twice a month), for SYL to finally utilise its bank account and for us to pass a new constitution". It was for these reasons that Andrew was the best choice to lead SYL for the remainder of this term.

Michael joined the Lib Dems from the Conservatives last year, and has extensive experience in political activism. He was the President of Stirling University Debate Society, and was the Treasurer of Stirling University Conservative Association. When he presided over the Debating Society, he had to act as Treasurer, and as such was responsible for around £2,000 of funds. Michael has the experience, and the drive, to help manage and grow the finances of SYL. His priorities for the role are as follows:

Meredith has a lot of prior experience in advancing equality in society. She served for two years on the Executive Board for the Youth in Government program, as acting Secretary and Co-Founder of her school’s local chapter. Youth in Government is a U.S. initiative designed to encourage young adults to become involved in the processes of the political system. As Secretary, she presided over administration and communication with other chapters. As Co-Founder, she and her partner worked closely with the national office to ensure an inclusive environment in which to learn and engage, whether it was through annual conventions, mock court trials or elected positions within the national organization. By engaging both as a participant in annual conventions and at an executive capacity, this experience granted an insight to the necessity of hearing inclusive voices and working to involve individuals from all backgrounds.

In her role as Diversity Officer, Meredith will seek to:

While an ambitious agenda, these campaigns are essential to increasing tolerance and building bridges with diverse populations across Scotland.

This commitment to equality and fundamental decency in society is exactly why we chose Meredith to serve on our executive.

David is a junior doctor from the Highlands, and was the chair of Sheffield University Young Liberals during his time there. He has a keen knowledge of local campaigning, and knows how valuable local YL branches are to the success of the Scottish Lib Dems at local and national levels. His work as a junior doctor is also invaluable to SYL as it can help us reach out to people who have finished university, and help us understand their concerns and how we can help them.

As Campaigns Officer, David plans to