After our lowest ebb of 2014, the Scottish Liberal Democrats have manage to elect Sheila Ritchie MEP! 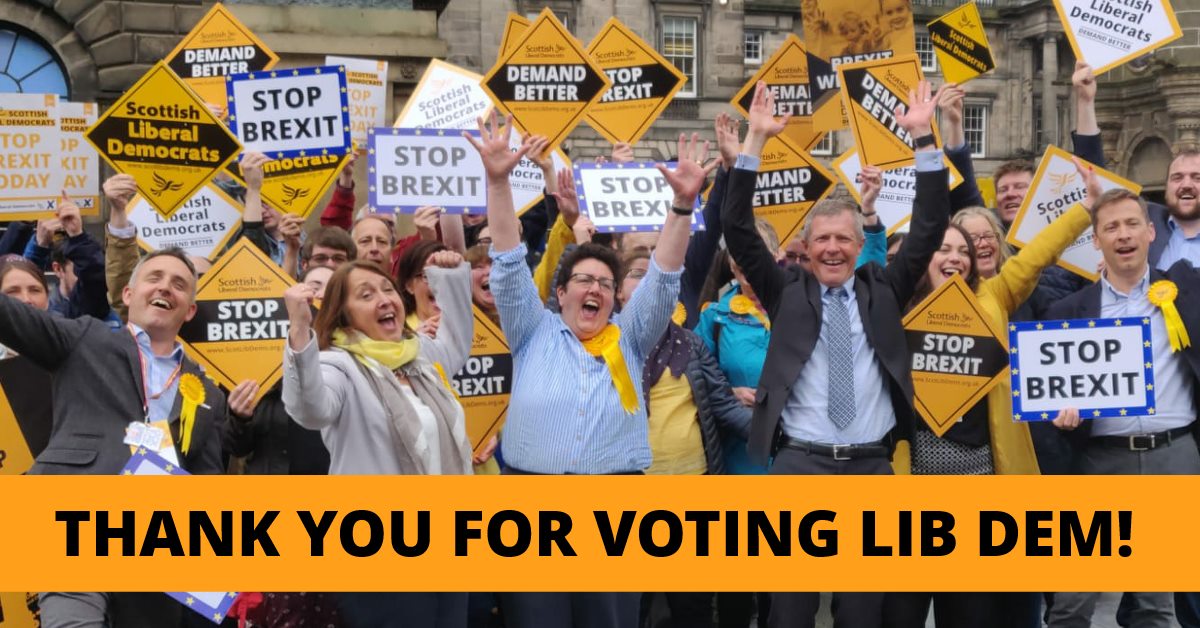 On Thursday Scotland went to the polls yet again for the 2019 European Parliament Election.

In 2014 we had our worst result since 1989 - losing George Lyon here in Scotland, and reduced to just 1 MEP: Catherine Bearder, in South East England.

However, on Thursday we secured our best result EVER! We won 15 new MEPs across the UK, and here in Scotland we elected the excellent Sheila Ritchie.

Sheila is the Scottish Lib Dem party convener, and by profession is a lawyer from Aberdeenshire, while she also used to be a Councillor on Gordon District Council. She has been absolutely stellar throughout the campaign, going from the Borders right up to the Highlands to get our pro UK, pro EU message out there.

In this election we went from 7.1% in 2014 to 13.9% this time - beating the Tories and Labour, and only 1% behind the Brexit Party. We could not have done this without you, our members and our voters. So thank you for every leaflet delivered, every door knocked, every post shared on Facebook and Twitter, and most importantly, every vote that you and 218,284 other people cast on the 23rd of May.

So the moral of the story is this: the Scottish Liberal Democrats are back, and we are not going anywhere. So again, thank you to every one of you who campaigned and voted for us, and bring on the next election - it's sure to be a big success!