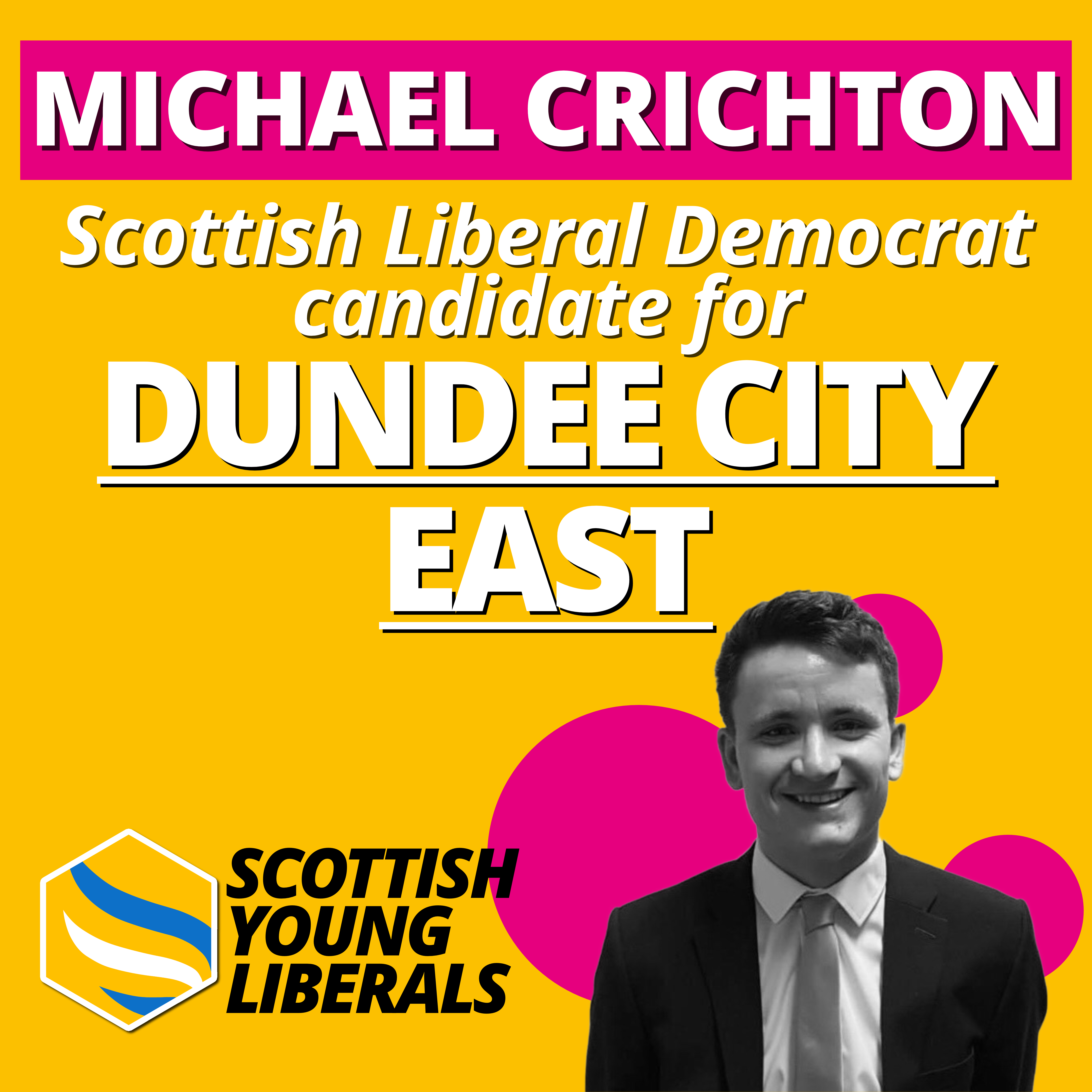 Michael is 21 years old and has campaigned locally with the Scottish Liberal Democrats since May 2017. Michael first became involved in politics when he campaigned with Better Together in the 2014 Independence Referendum.

A full-time student at the University of Glasgow, studying politics, Michael is in his last year of study. With the exception of time spent at university, Michael has lived in Dundee all his life and cares greatly about the city he was born and raised in. Michael has supported the Liberal Democrats ever since the days of Charles Kennedy, and passionately believes that with hard work, results can look competitive in Dundee.

A keen debater, Michael is not afraid to stand up for the Liberal Democrats and take on other political parties. Michael ran as the Liberal Democrat candidate for Dundee East in the 2019 General Election, more than doubling the Lib Dem vote from the previous general election. He passionately believes that addressing the climate emergency is vital, and that after the Coronavirus Crisis we need to provide opportunities for people to get back into work to stimulate the economy.

Tweets by Michael Crichton
Do you like this page?