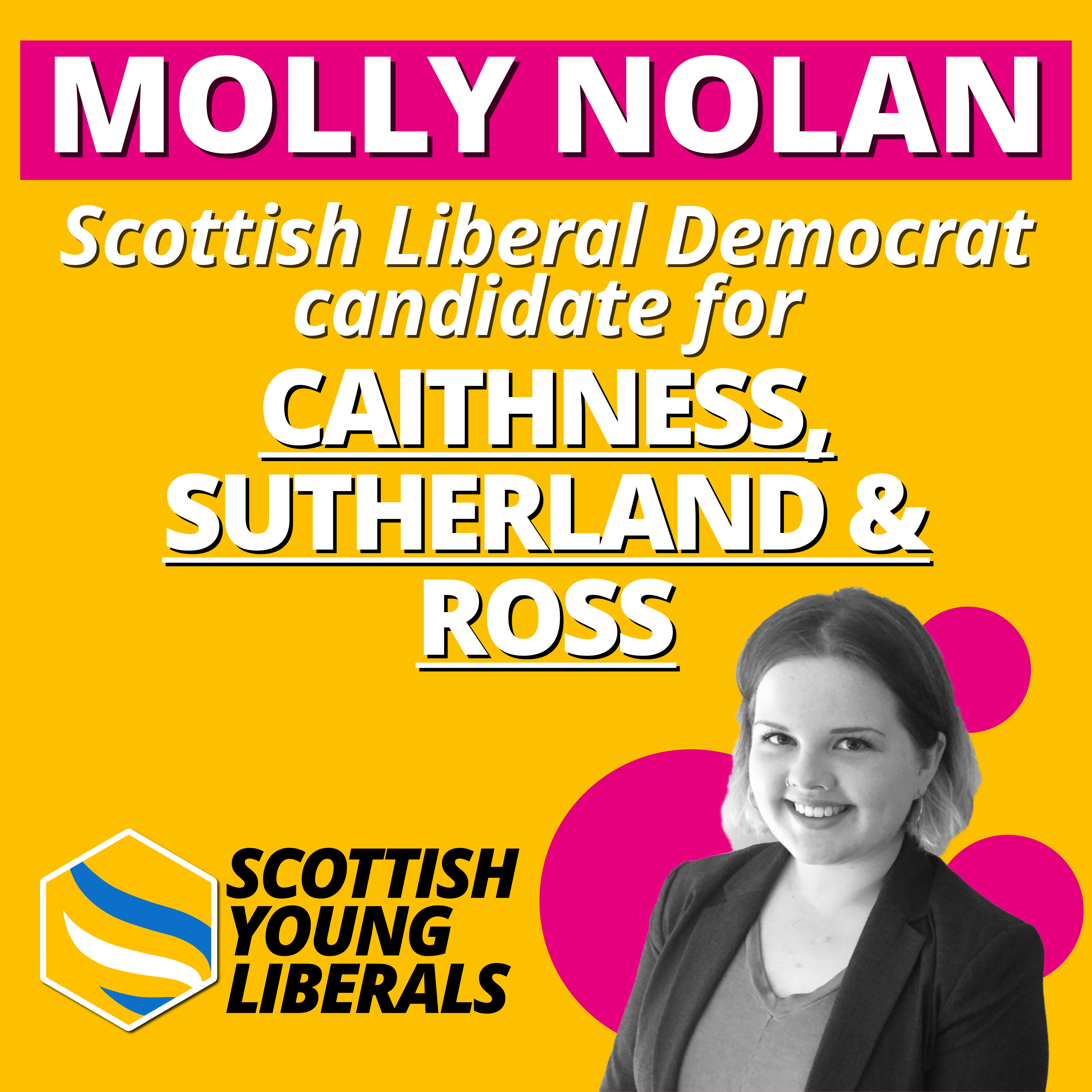 Molly is 23 and lives in the Highlands. She was born in Inverness and raised in the Easter Ross village of Evanton. A keen traditional musician, Molly attended Plockton Music School for her final years of secondary school, where she studied piano, fiddle and Scots song.

Molly went on to attend Harvard University where she obtained a degree in History & Literature. The UK’s decision to leave the European Union, compounded by the election of Donald Trump in the United States, prompted her to join the Liberal Democrats in 2017. Since then she has campaigned for progressive, internationalist values across the United Kingdom.

As an advocate for one of the most remote parts of Scotland, Molly is fighting for universal access to health services, high quality rural jobs, urgent action on climate change, and a federated system of government that puts decision-making powers at the heart of communities.